We are personal injury and medical negligence solicitors in Wiltshire, Hampshire, Somerset and Dorset. Our No Win No Fee Solicitors deal with all types of compensation claim. Ask a question for free!

The Legal Services Board is the independent body responsible for overseeing the regulation of lawyers in England and Wales. They were created by the Legal Services Act 2007 with the goal of “reforming and modernising the legal services market place by putting the interests of consumers at the heart of the system”. The act built on much of the earlier work of Sir David Clementi in examining the role of the regulators and the legal profession. The Legal Services Board now shares the regulatory function with a series of “Approved Regulators” and “Independent Regulatory Bodies” of the legal profession, each of which have direct responsibility for the day-to-day regulation of the different types of lawyers, including these:

The Law Society, representing solicitors across England and Wales, (around 100,000) negotiating with regulators, government and others, offering training and advice.

Solicitors Regulation Authority, dealing with regulatory and disciplinary matters, setting and monitoring standards, acting solely in the public interest. The SRA was previously called the Law Society Regulation Board.

Bar Council The Bar Council is the professional body for barristers in England and Wales. It provides representation and services for the Bar, and Guidance on issues of professional practice. This website caters for a diverse audience.

Bar Standards Board was established in January 2006 as a result of the Bar Council separating its regulatory and representative functions. As the independent regulatory board of the Bar Council, they are responsible for regulating barristers called to the Bar in England and Wales.

Institute of Legal Executives (ILEX) is the professional body representing around 24,000 qualified and trainee Legal Executives, and is recognised by the Ministry of Justice as one of the three core routes to becoming a qualified lawyer.

Institute of Legal Secretaries and PAs

Society for Computers and Law

Legal Ombudsman for England and Wales has formal powers to resolve complaints about lawyers. It is a free service which opened on 6 October 2010 (taking over responsibility from other previous bodies).And…..

GOV.UK is the government’s single portal for all government information describing itself as “All government services and information in one place and all designed to be “simpler, clearer, faster”. The process of the transfer from the individual government departments will take a year or two, probably well into 2015.

Justice is the key overall site for the Courts system containing information on the administration and regulation of the justice system in England and Wales and links to all the other institutions relating to the legal system. However, much of the information has already been moved to the overall Government portal GOV.UK. In due course, the original site will presumably disappear to be relocated on the GOV.UK site.

Justice Online is a useful article in the Internet Newsletter for Lawyers, September/October 2014, by Nick Holmes on how the information is transferring.

Scottish section of the Society for Computers and Law

The Law Society of Northern Ireland

There are over 100 local Law Societies, most of which have their own web sites. For local law societies, see the regional section of the Law Society.

These are also listed on infolaw.

Other major gateways and communities

Access To Law is a gateway site from Inner Temple Library, providing annotated links to selected UK, Commonwealth and worldwide legal web sites. Over 1300 sites are currently included, intended to be of relevance primarily to practising lawyers in the UK. There is a particular emphasis on sites which contain substantive law (legislation, case reports, treaties, etc) or related materials (reports, codes of practice, official guidance, etc), or which will help the legal practitioner to find such information. Apart from a few subscription services, which are clearly indicated, all of the sites linked to are free. The content of the site is selected, annotated and updated by an experienced team of information professionals on the staff of the Inner Temple Library in London. The Inner Temple Library is one of the four Inns of Court libraries, which serve barristers, judges and bar students in England and Wales.

Lawbore is City University’s legal portal, open to all. 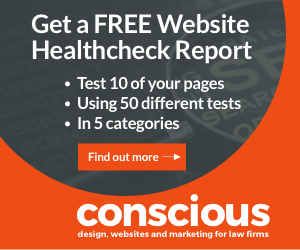 To submit information or amendments for free listings or suggestions for additional resources, please see our Editorial page.